I, Chloe James, was walking to school when I heard a weird alien kind voice. I turned around and looked but no one was there. I thought it would just be prank but then I looked back in the direction I was heading, I screamed (You must be wondering why, here’s why). There was a 3 eyed, blue skinned ugly figure, with sharp teeth, big blue ears, two arms and two legs.  He looked horrendously hideous.  “Hello” Said the alien in a throaty voice. “h-hi” I stammered. Suddenly he disappeared. So I began to walk home thinking what on earth had happened. Was I dreaming? Or was it a piece of my imagination? Did I tell you I have a wild imagination? I got home and went straight to my bedroom. I was still trying to figure out if all that was real. I decided to give it a break and start with my homework, which by the way was due tomorrow and if I didn’t hand it In I’ll be so busted! Just as I sat at my homework desk, I heard a rustle outside my window so I got up and ran as fast as I could to open the window, I looked outside but I saw nothing. I’m guessing it was just a bird or something. I  turned around and… AHH! (Yep that’s me screaming…again) The Alien was right in front of me. “I come from planet Tornaz and I am here to take you,”  Said the alien.  I was terrified. The alien made a grab for me, I dodged, grabbed my toy spaceship and threw at him. Suddenly the spaceship grew and became his size. I pushed the alien into it, magically started it somehow and flew it into space. Suddenly I woke up and then realised it was a dream. I got ready for school started walking. While I was walking I felt a tap on my shoulder…

This week’s Writing Prompt comes from the people at 100 Word Challenge. You have 100 words to write a text that includes the following:

Think about who ‘she’ is and why she wouldn’t stop crying. You can add a visual to support your text, so long as you reference it correctly.

Use the below writing prompt from Writing Forward to write a text of your choice. You might like to write a narrative or a poem about what is happening; you could write an information text about astronauts, space and/or other planets; or, you could write a persuasive text around space. The choice is yours. No more than 250 words, posted to your own blog. Ensure that you have spent time with me or Miss Noack editing your work prior to posting. 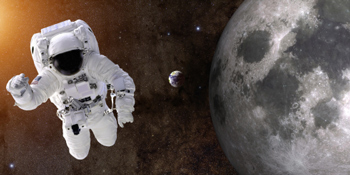 Sorry, I’m feeling worse than yesterday, so I’m obviously not there today.

* Hand all mobiles to Mrs Potter or Mrs Lewis
* All tablet use is to be in the classroom today. Ensure that they get locked away before you go anywhere.
Beginning of the Day until Recess

Today is your last chance to complete the following activities:

If you have completed all of this, you can either work on your Personal Learning Plans or begin researching your History question. If you are doing History, you need to either dot point (with key words) your notes or you can use the FERQ. I have given this to some of you previously, but if you need a blank copy or would like to look at it, see Mrs Potter or Mrs Lewis.

If you don’t understand how to do something, there are plenty of people in our room who could help you – please ask them. I’m happy for you to email me if you need anything.

Lunch to End of Day

Have a good day and be good 🙂

I thought some of you might be interested in the Sci-Ku competition. Sci-Ku = Science Haiku. The competition requires that you write a haiku about science, and in particular, light. Check out the link and let me know if you’re interested.

people from ancient india that had well planned cities with straight roads and neat blocks. Most houses were made out of baked brick and had flat roof. As you learned in the Architecture sections, houses had courtyards,wells, and even bathrooms! Towns had places to store grain and some public baths were people could swim in!

The frist in the world grow cotton, and they used it to make colourful dresses. The woman must loved to dress up, as many pieces of jewellery have been found such as shells, gold and even precious stone…

living as a ancient india they grew wheat, barely, rice, chickpeas also had sheep, pigs, cows and water buffalo for meat. And of course they go fishing
and eat them. They used wheat to make a flat bread called chapatis. Sugar cane grew there too!, so mostly they enjoyed sweet desserts!

Around the year 300, many of the people starts to eat less meat, thinking it would be bad to kill animals. A few year centuries later, they began worshipping a goddess to whom cow were scared, and they stopped eating beef altogether

In my opinion ancient india people are very kind! 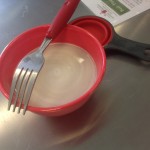 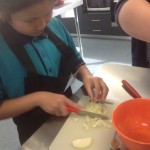 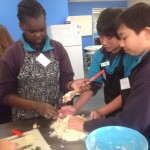 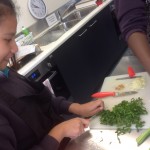 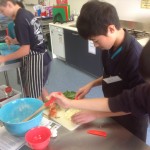 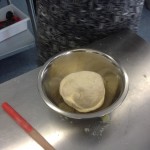 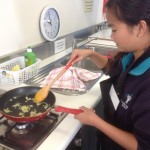 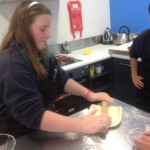 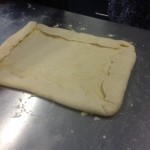 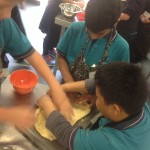 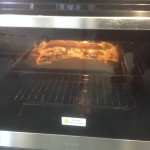 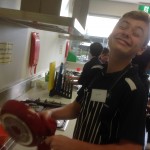 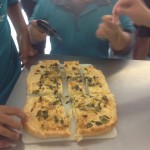 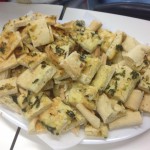 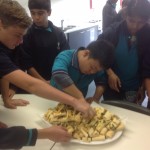 This term, we have been investigating topics that interest us. Through doing this, we have learned research, mind mapping and questioning skills. After spending some time identifying topics that we are interested in, we immersed ourselves in our chosen area. We shared our learning with a couple of people, which helped to clarify our ideas. We worked on developing a deep level question; a question that could not be answered by a simple Google search. Our question will require us to do a lot of the thinking with some support from Google. Here are our questions:

We’ll be sharing our progress on our blogs, so please stop by and check them out.

Below are the links you’ll need to complete your ‘Fantasy Flight’ Maths assignment.

This week, we made the Indian Flatbread again, so that other students had a chance to make it. We also made Baba Ganoush using the eggplants that we have been growing in our garden. The recipes for both are on the Recipes page. 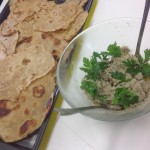 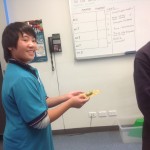 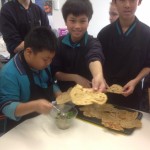 If you are reading our blog from outside of Adelaide, Australia, could you please spare a few minutes to write a comment letting us know where you are from.

My students have just started blogging and are really keen to see how far they can spread their writing. 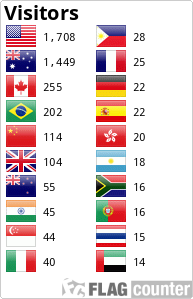